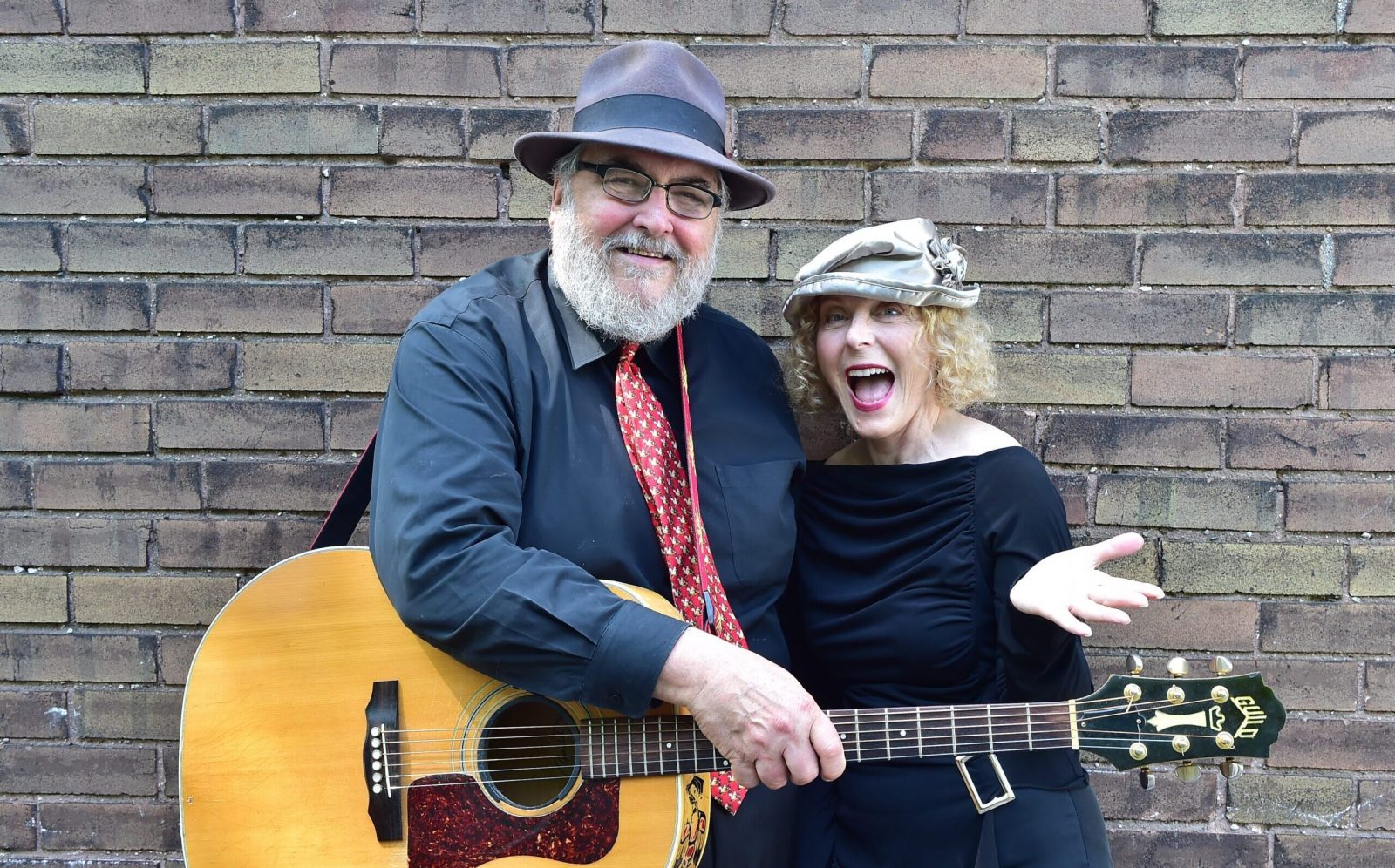 TONY QUARRINGTON and ZOEY ADAMS have been making music together for almost two decades, and between them they have (literally) one hundred years of professional experience. He is an accomplished jazz guitarist, with a producer’s JUNO, and hundreds of credits on recordings in all genres. She brings to the duo her vast experience in theatre, movies, radio, and corporate entertainment.

They are now co-writing the original tunes which are the core repertoire of ‘Q and A’.

Their first extended work together took place in 2005, when the late, great STUART McLEAN asked Tony to compose a cycle of songs that came to be called VINYL CAFE: THE MUSICAL. Tony of course sang the role of Dave, and Zoey portrayed everybody else: Morley, Stephanie, and Sam. The pleasure they took in this project convinced them that they should work together more, so they began a long stint as a nostalgic jazz duo, which they called PAPER MOON.

But for a concert engagement in 2017 at the Sellers and Newel Speakeasy (actually an antiquarian bookstore), they decided to create some new material. While it’s perhaps mainly true that Zoey writes words and Tony writes music, it’s actually more complicated than that, and their compositions have in fact happened every which way.

In 2018, the duo began recording an ambitious 29 original songs, being released as 2 albums on Sonic Peach Music. The firsyt release is the holiday album, CHRISTMAS DREAM, to be followed quickly by the pop/jazz album ONE MORE THING. Q&A appear locally at Toronto clubs like the Tranzac, Free Times, 120 Diner, De Soto’s and the Senator Winebar. They appear regularly at the Toronto Winterfolk Festival, this year late in February. They have done gigs in a bookstore and a barbershop.